In London, night came too soon. It hung in the morning air like a threat and then in the afternoon a blue-gray dusk descended, and the Victorian buildings all wore a mournful face. In those first weeks, the weightless menace of the cold startled Obinze, drying his nostrils, deepening his anxieties, making him urinate too often. He would walk fast, his hands swallowed up by the sleeves of the gray wool coat his cousin had lent him. Sometimes he would stop outside a tube station, often by a flower or a newspaper vender, and watch the people brushing past. They walked so quickly, as if they had an important destination, a purpose to their lives. His eyes would follow them, with a lost longing, and he would think, You can work, you are legal, you are visible, and you don’t even know how fortunate you are.

It was at a tube station that he met the Angolans who would arrange his marriage, exactly two years and three days after he had arrived in England; he kept count.

“We’ll talk in the car,” one of them had said over the phone. Their old black Mercedes was fussily maintained, the floor mats wavy from vacuuming, the leather seats shiny with polish. The two Angolans looked alike, with thick eyebrows that almost touched, and they were dressed alike, too, in leather jackets and long gold chains. Their tabletop hair, which sat on their heads like tall hats, surprised him, but perhaps having retro haircuts was part of their hip image. They spoke to him with the authority of people who had done this before, and also with a slight condescension; his fate, after all, was in their hands.

“We decided on Newcastle because we know people there and London is too hot right now—too many marriages happening in London, yeah?—so we don’t want trouble,” one of them said. “Everything is going to work out. Just make sure you keep a low profile, yeah? Don’t attract any attention to yourself until the marriage is done. Don’t fight in the pub, yeah?”

“I’ve never been a very good fighter,” Obinze said dryly, but the Angolans did not smile.

“You have the money?” the other one asked.

Obinze handed over two hundred pounds, all in twenty-pound notes that he had taken out of the cash machine over two days. It was a deposit, to prove that he was serious. Later, after he met the girl, he would pay two thousand pounds.

“The rest has to be up front, yeah? We’ll use some of it to do the running around and the rest goes to the girl. Man, you know we’re not making anything from this. We usually ask for much more, but we’re doing this for your cousin,” the first one said.

Obinze did not believe them, even then. He met the girl, Cleotilde, a few days later, at a shopping center, in a McDonald’s whose windows looked out onto the dank entrance of a tube station across the street. He sat at a table with the Angolans and watched people hurry past, wondering if one of them was she, while the Angolans whispered into their phones; perhaps they were arranging other marriages.

“Hello there!” she said.

She surprised him. He had expected someone with pockmarks smothered under heavy makeup, someone tough and knowing. But here she was, dewy and fresh, bespectacled, olive-skinned, almost childlike, smiling shyly at him and sucking a milkshake through a straw. She looked like a university freshman who was innocent or dumb, or both.

“I just want to be sure that you’re sure about doing this,” he told her. Then, worried that he might frighten her away, he added, “I’m very grateful, and it won’t take too much from you—in a year I’ll have my papers and we’ll do the divorce. But I just wanted to meet you first and make sure you are O.K. to do this.”

THE INTERVIEW: NGA DIASPORA PROJECT 40/40 WILL INSPIRE A NEW NARRATIVE FOR NIGERIA. 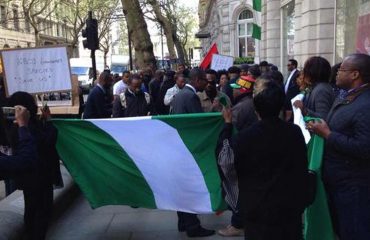 Nigeria – the state that refuses to fail 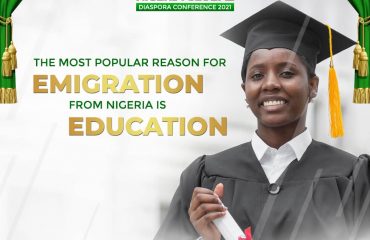